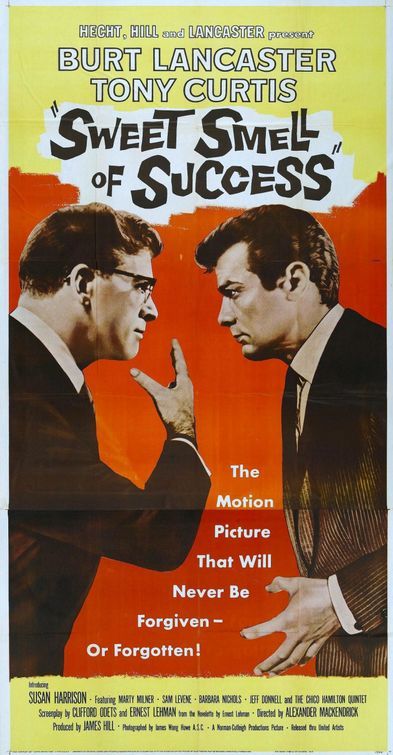 Tony Curtis gave his career best in this, and Lancaster was never so vicious, hard to believe he took this role… but he produced the film, so it was something he wanted to portray. The photography is gritty, just the way you want it, and the dialog is explosive in delving into the slimy characters. Psychological study of power in the celebrity age, so it's still relevant.